Bulgaria’s Senior Prosecutor Security Beefed Up after Turning on GERB 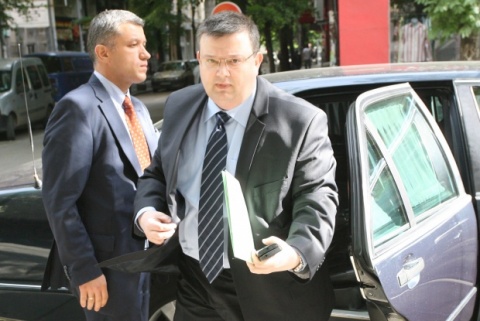 Bulgaria’s senior prosecutor Sotir Tsatsarov arrived at the meeting of the Supreme Judicial Council on Thursday in a armored jeep and more heavily guarded than usually.

It was not immediately clear what prompted the move.

The decision to increase Tsatsarov’s security has apparently been taken after he openly criticized former Prime Minister Boyko Borisov for claiming that prosecutors illegally meddled in the election process.

Borisov had stated that the Chief Prosecutor’s office deliberately harmed his party’s chance of winning the elections by seizing a total of 350 000 illegal ballots from a printing house near Sofia just hours before the Election Day.

The Kostinbrod-based printing house in question is owned by a municipal councilor from Borisov’s center-right GERB party.

“We lost 5-6% of our votes because of the ballot scandal,” Borisov told reporters/
On Wednesday, Tsatsarov noted that the prosecution has never mentioned GERB’s name in relation with the scandal.

“I find it unexplainable that a particular political party identified itself with the incident in Kostinbrod, claiming that the Prosecutor’s Office reduced its election score by 5-6%,” Tsatsarov said during a much anticipated press conference.

The prosecution has so far confirmed that they have indeed found 350 000 ballots produced after May 8, when all regular ballots, ordered under the public tender, were printed and delivered, to be used for the elections. The seized ballots were packed and ready to be transported.

The ballots were allegedly intended to be used to manipulate the vote in the early general elections on Sunday.