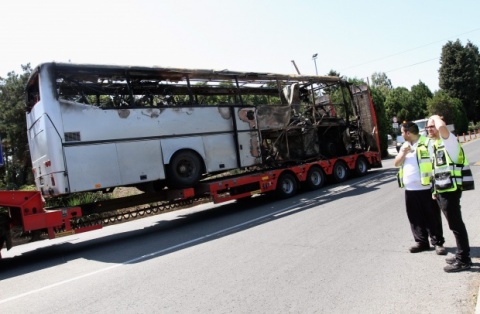 The Israeli Ambassador in Sofia, Shaul Kamisa-Raz, has said that the conclusions of the Bulgarian investigative authorities so far coincide with the ones of the Israeli services.

In a Saturday interview for the Bulgarian National Radio (BNR), the Israeli diplomat pointed out that the country had made important progress in the investigation of last year's terror attack at Sarafovo Airport in Burgas, including the unequivocal findings about the perpetrators of the attack and the assumption that they had been dispatched by Hezbollah.

"In Israel we also proved that the Iranians were involved in the attack as well. As far as I know, the investigation in Bulgaria is not over, and I believe that the day when the investigative activities will turn into a court trial is not far off" he stated.

Israel's Ambassador to Bulgaria also voiced hopes that the next Bulgarian government to be formed after the May 12 parliamentary elections would work for including Hezbollah on the EU list of terror organizations.

The terror attack at the airport in Bulgaria's Black Sea city of Burgas on July 18 2012 killed a total of seven, including five Israeli tourists, the Bulgarian bus driver and the alleged suicide bomber.