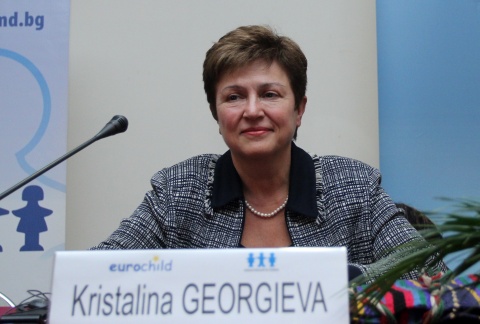 In a Wednesday interview for private TV channel TV7, Kirilov claimed that the so-called Bulgarian Watergate was about to reach European proportions.

"This is a catastrophe for Bulgaria. This wiretapping scandal showed that we are unable to take care of our domestic secrets, security and rights, not to mention common European rights," Bulgaria's socialist MEP declared.

Meanwhile, Bulgarian liberal MEP Antoniya Parvanova claimed that the scandal had undermined the country's position in the EU, adding that Bulgaria had better forget about its Schengen bid.

The Bulgarian Watergate scandal unfurled at the end of March when Sergey Stanishev, leader of the Bulgarian Socialist Party (BSP), submitted a tipoff to Chief Prosecutor, Sotir Tsatsarov, about alleged illegal wiretapping of politicians, businesspeople and magistrates which had taken place during the rule of Borisov's center-right GERB party (2009-2013).

The talk in the leaked recording basically revolves around corruption charges pressed against Naydenov and Kokinov being in hot water over breaches he had committed, and ways for both to get out of them.

Bulgaria's former Interior Minister Tsvetan Tsvetanov, who currently heads the election campaign headquarters of center-right party GERB, faces charges of failing to exercise proper control over the use of special surveillance devices during his term in office.

However, Tsvetanov, who has repeatedly denied any wrongdoing, cannot be charged because he is immune to prosecution as a candidate MP at the May 12 snap elections.