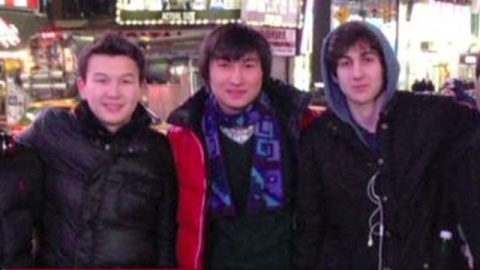 The Homeland Security Department has ordered US border agents to start immediate checks to verify that every international student who arrives in the US has a valid student visa.

The order came one day after the Obama administration acknowledged that a student from Kazakhstan who is accused of being an accomplice of Dzhokhar Tsarnaev, the surviving suspect in the Boston Marathon bombings, had been allowed to return to the US without a valid student visa.

The student visa for Azamat Tazhayakov had been terminated when he arrived in New York on January 20. He managed to enter the country as the border agent at the airport did not have access to the information in the Homeland Security Department's Student and Exchange Visitor Information System (SEVIS).

Tazhayakov was a friend and classmate of Dzhokhar Tsarnaev at the University of Massachusetts Dartmouth. His student visa status was terminated in early January because he was academically dismissed from the university.

All three were arrested last week and appeared in court Wednesday. If convicted, Dzhokhar's tree college friends face fines of up to USD 250 000 and from five to eight years of jail time.

Meanwhile, US media reported that Dzhokhar has told investigators that together with his late brother Tamerlan they initially planned to attack Boston's 4th of July Independence Day celebrations.

The twin Boston Marathon bombings on April 15, near the finish line of the race, killed three people and wounded 264.