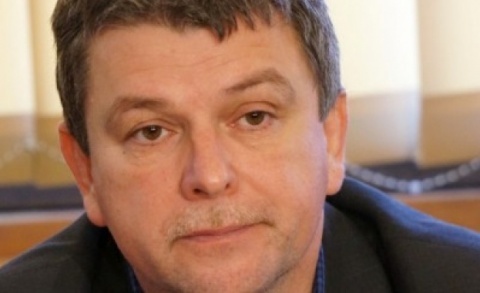 Former Varna interim Mayor, Hristo Bozov is also a former Head of the Navy Hospital in the city with a 25-year career as an army doctor. Photo by BGNES

The tensions in Bulgaria's Black Sea City of Varna have escalated Monday after the dismissal of interim Mayor Hristo Bozov.

Bozov was dismissed on the request of a group of municipal councilmen after spending only a month at the post as he took the oath of office on March 27.

One of them, Mladen Zhivkov, is quoted in saying the municipal councilmen wanted Bozov removed because he interfered with their graft plans as probes ordered by the interim Mayor prevented them from receiving their "brokerage fees."

Bozov hinted that initially he had no plans to run for mayor, but the developments have forced him the change his mind. He stated he was leaving office with a crystal clean conscience.

Architect Dimitar Nikolov is the new interim Mayor. He was the Deputy Mayor for EU Affairs.

He said the news caught him by surprise and he was to yet outline his priorities,

Nikolov, however, stressed the City Hall needed some staff reshuffles and vowed to continue and speed up the probes.