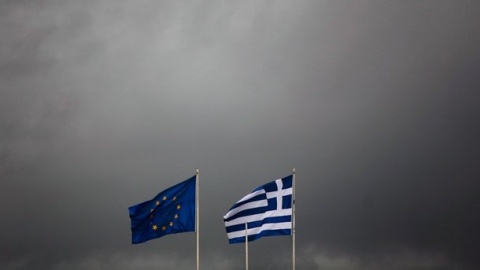 The Parliament of Greece has approved an austerity package tabled by cabinet, in expectation of a new EUR 8.8 B bailout tranche.

The legislative measures were passed with 168 votes "for" pitted against 123 votes "against."

High-ranking eurozone representatives are to meet Monday, to approve the payment of a delayed EUR 2.8 B, said Greek FinMin Yannis Stournaras.

The remaining EUR 6 B are expected to be approved at a eurozone finance ministers meeting on May 13.

The new legislation liberalizes rules for firing civil servants, extends an unpopular property tax, and opens some professions, such as accounting and bakery, from regulation.

Some 2,000 civil servants are expected to be released from duty by the end of May, to be followed by 2,000 by the end of the year.

Greece has agreed to the target of 15,500 civil servants fired until the end of 2014, a move that has provoked massive discontent among the population.

The legislation is seen as the first act since a century ago that allows cutting down the number of state employees in Greece.

Trade unions have already convened rallies in Athens, and more protests against the austerity measures are expected.