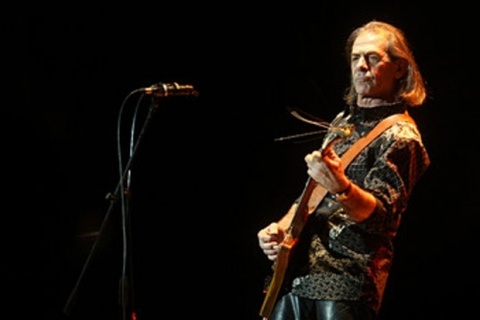 Petar Gyuzelev was one of the founders of the legendary Bulgarian rock band Shturtsite (The Crickets), prominent on the musical scene since the distant 1967. Photo by BGNES

Fans and friends will pay their last respects on Sunday to legendary Bulgarian rock musician Petar Gyuzelev, who passed away in his home at 11:30 am Thursday.

About six years ago, he was diagnosed with brain tumor, but never stopped working, composing new songs and dreaming of releasing two new albums by the end of the year.

Gyuzelev was born on December 10, 1945, in the central city of Stara Zagora.

He is one of the founders of the legendary Bulgarian rock band Shturtsite (The Crickets), prominent on the musical scene since the distant 1967.

Gyuzelev has received numerous awards and the State order "St St Cyril and Methodius" for exceptional contributions to Bulgarian arts and culture.

In 2004, Shturtsite reunited and released since then two new albums. They also performed together in several cities in Bulgaria.

The band has had more than 2600 concerts and is still a popular music act.