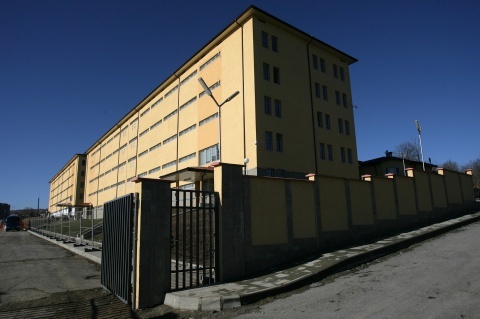 The centralized archive for Communist-era files was officially opened in February 2011. Photo by BGNES

A check of Bulgaria's Files Commission, the panel investigating the records of the Communist State Security, DS, has established that 143 candidates for parliamentary seats have been DS and military intelligence agents.

A total of a record 7 305 individuals are running, of them 3 160 have not been probed as they have been born after 1973 and could not have been recruited.

The majority of the DS collaborators' names are already known to the public as they have emerged in earlier checks.

Such agents are listed on the ballots of all well-known parties in Bulgaria such as the centrist Citizens for European Development of Bulgaria, GERB, the left-wing Bulgarian Socialist Party, BSP, the ethnic Turkish Movement for Rights and Freedoms, DPS, the conservative Order, Law and Justice, RZS, and the far-right nationalist Ataka.

Agents also swarm in some of the newer and smaller parties such as the nationalists VMRO and National Front for Saving Bulgaria, NFSB, Gorda Bulgaria (Proud Bulgaria) Coalition of MEP Slavi Binev, the party purporting itself as the formation of Bulgarian expats - The Other Bulgaria, LIDER linked to shady energy tycoon, Hristo Kovachki, and New Alternative of former Defense Minister, Nikolay Tsonev, among others.

The only formation without DS agents on the ballots is the right-wing Union of Democratic Forces, UDF.

Data was not reported for the party of former Tsar, PM and leader, Simeon Saxe-Coburg, National Movement for Stability and Prosperity, NMSP.

The Commission, however, has not yet checked the archives of the National Intelligence Agency and of the Military Information Agency.