Borisov's Sister: Ex Bulgarian PM Was Betrayed by Many 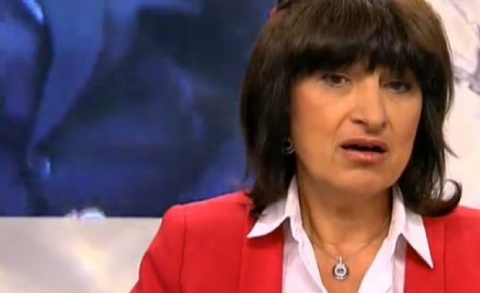 Power has never been an end in itself for former Bulgarian Prime Minister, Boyko Borisov, his sister says.

Speaking in rare interview for Nova TV Sunday, Dr. Krasimira Stefanova, better known as Boyko's sister, stated her brother never gained even a penny from politics, and negatives have been his only "profit."

She shared that she had often warned him to not overly trust people as he was always ready to accept anyone as a friend and allow them close to him. The sister also admitted accusations he appointed a number of incompetent people to senior posts could have been true, precisely due to this over trusting, and because many have betrayed the former PM.

Stefanova stressed she held no grudge for anything that has happened to the family after Borisov chose politics as it has been his destiny to always go higher and higher.

"I think his Citizens for European Development of Bulgaria party, GERB, was created too quickly and many gold diggers and career climbers were accepted in its ranks. Our parents taught us to carry our duties till the end. To me he suffered high blood tension because of these betrayals and because he worried too much he would not be able to finish all the projects he had started. My biggest mistake was to stay very far away from his politics, but he wanted it too. I always wished to be the sister who brings him joy and smiles," Stefanova told the TV host.

Regarding the recent self-immolations wave in the country, Borisov's sister stated she disapproved of them as acts of showoff.

She stressed many people, like herself and her suffering and recovery from cancer, have rough times in their lives, but still never think of committing such desperate and destructive acts.

According to Stefanova, her brother is not poor, but not as wealthy as rumored, while she did not have much money either.