1 Marathon Bomber Dead, Other on the Loose - Report 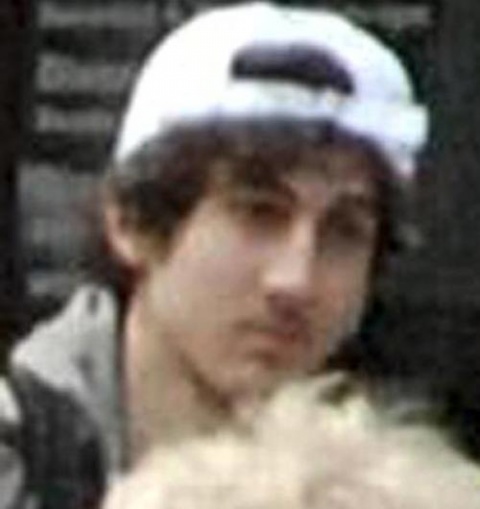 The "white hat" suspect remains at large. Photo by FBI

One Boston Marathon bombing suspect has died in hospital, while the other remains at large, according to media reports.

Boston Police Commissioner Ed Davis has confirmed on Twitter that the "black hat" suspect is dead.

"One suspect dead. One at large. Armed and dangerous. White hat suspect at large," he tweeted.

Later, the official told a press conference that the suspect at large "is a terrorist and we need to get him into custody".

On Thursday, the FBI released photos of two suspects it wanted to identify as part of the investigation into Monday's Boston Marathon bombings. CCTV captured the two men, one wearing a dark-coloured baseball cap and the other a white cap, near the scene.

The two men are suspected of killing a police officer on campus at the Massachusetts Institute of Technology (MIT) late on Thursday.

They then stole a car at gunpoint and drove away with the car's owner still on board.
They later released the driver unharmed, BBC informs.

The men threw bombs and traded gunfire with police before being stopped at Watertown early on Friday.

One suspect was hit by bullets during the chase and later died, police said.