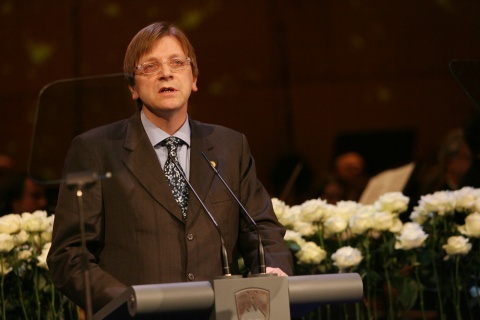 The liberal ALDE group in the European Parliament has issuing a strong statement of concern regarding the ongoing wiretapping scandal involving previous Bulgarian Minister of Interior Tsvetan Tsvetanov.

"The EU monitoring mechanism covers adherence to the rule of law matters and therefore the ongoing scandal should be seriously analysed by the EC. With less than one month before elections in Bulgaria, citizens need to be reassured that their fundamental rights are protected," added Verhofstadt.

Monday Bulgaria's prosecution announced results of an ongoing investigation, suggesting that the use of special surveillance devices under Tsvetanov was excessive and in violation of regulatory requirements.

"The current situation is the result of the [former ruling] GERB party systematically abusing their authority. The scandal is evidence of an extremely dangerous process of politicization within the Ministry of Interior over the last four years," said Parvanova and Hyusmenova.

"This process is pushing Bulgaria back to the dark times of the totalitarian regime and is driving us further from the European values, the rule of law and democracy," added the liberal MEPs.

The socialist S&D group in the European Parliament has also released a similar statement, calling on Tsvetan Tsvetanov to step down from the position of GERB campaign leader for the upcoming May 12 elections.