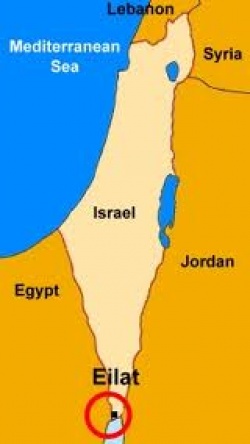 "We are telling residents to immediately take cover and make their way to safe zones and shelters if they hear the sirens," Micky Rosenfeld, a police spokesman, said, according to CNN.

There were no immediate reports of injuries after the rockets landed in a neighborhood and an open field. Residents reported hearing three explosions. Police said one rocket exploded near the courtyard of a house.

An Iron Dome battery was recently deployed in the area following intelligence of possible rocket attacks by global jihad activists in Sinai. However, the system did not intercept the rockets.