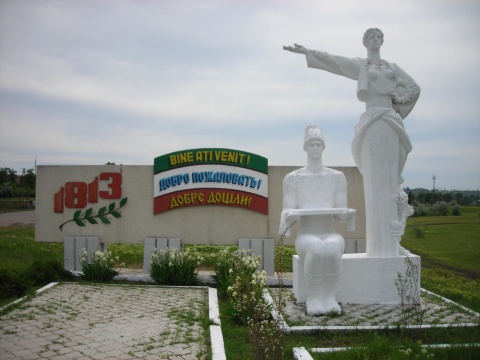 The entrance monument to the city of Taraclia. File photo

The council of Moldovan town of Taraclia, populated predominantly by ethnic Bulgarians, has sent a letter to central authorities in Chisinau requestion a cultural and administrative autonomy.

The letter, adopted unanimously by the council, is on occasion of the 200th anniversary of Taraclias' founding, to be celebrated May 6.

The councilors have also proposed a draft law on the "special status of the Taraclia national-cultural region of the Republic of Moldova."

According to the document, the region deserves a special status due to its "compact Bulgarian population," and needs to be officially recognized as the center of Bulgarians in Moldova.

The address asks not only for cultural, but also for administrative autonomy. It proposes that Bulgarian be included next to Moldovan as an official language of the region.

Earlier this week, Moldova's Gagauz community also requested autonomy, by means of a number of MPs who filed a proposal to that effect in parliament.

The moves come in the wake of a legislative proposal by Moldova's Liberal Party, which sees Russian demoted from the status of national official language and Moldovan to be re-named Romanian.

In 2012, second-largest in Moldova, Balti, which is home to a sizeable Russian-speaking community, requested and received administrative autonomy.

Bulgarians in Moldova have twice approved on referendum (1994 and 1999) the request of a special legal status from national authorities.