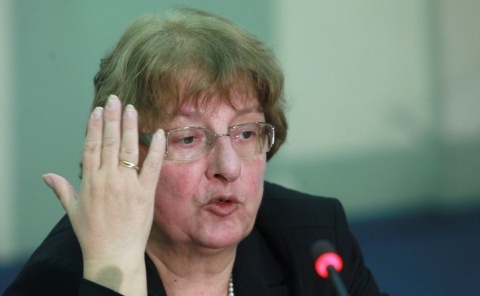 Bulgaria's caretaker Economy and Energy Minister, Asen Vasilev, will have the final say in the increase of electric power prices requested by the coal mines and all energy companies.

The statement was made Friday by Evgenia Haritonova, Chair of Bulgaria's State Commission for Energy and Water Regulation (DKEVR), at a sitting of the watchdog.

Horitonova pledged DKEVR would examine "under a magnifying glass" the declared expenses of power distributors.

The watchdog head declined again to specify the amount of the increase in the price of coal, stressing that the final tariff, to become effective on July 1, 2013, was to be approved by the Ministry of Economy, Energy and Tourism.

It also emerged earlier in the week that all energy companies in the country were asking for about 20% increase of electricity prices.

Haritonova further explained the final decision of DKEVR on revoking or not the license of Czech-owned power distributor CEZ will be known no earlier than mid-July in order to adhere fully to all procedures under the law and avoid sanctions for Bulgaria.

She stressed the procedure requires asking the opinion of the Ministries of Interior and Defense, the Sofia City Hall, the Commission for Protection of Competition and regional governors in western Bulgaria, where CEZ operates.

DKEVR will hold an open-doors sitting next Tuesday with the participation of representatives of the three power distributors.