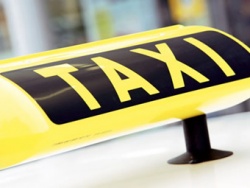 A taxi cab collided with a diplomatic SUV in Sofia Friday. File photo by BGNES

An SUV with diplomatic registration and a taxi cab have collided in Sofia's Studentski Grad (College Town) district.

The crash happened Friday morning on "December 8" boulevard and caused traffic jams in the area. No one has been injured.

Police are probing the cause of the accident, but no further details are currently available.

This is the second such occurence in the course of two days.

On Thursday, two cars, one of which with diplomatic registration, were involved in a traffic accident in Sofia.

The accident happened on "Shipchenski Prohod" boulevard around 12:30 pm. One of the vehicles belonged to Kosovo's representation, but there was no diplomat in it.

The two drivers were slightly injured and were transported to the Sofia ISUL hospital for medical checks.

Also on Thursday, Konstantin Kazakov, Head of Bulgaria's State National Security Agency, DANS, was involved in a freak car crash, when a stolen SUV and three other vehicles collided. Kazakov did not sustain injuries and is said to be on a business trip abroad.