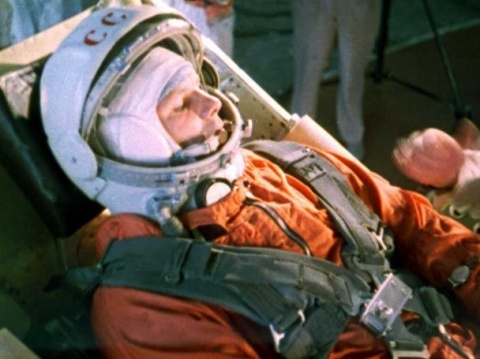 Yuri Gagarin was a Soviet pilot and cosmonaut and the first human to journey into outer space. Photo by Actualno.com

Bulgaria and the world mark April 12 - the International Day of Human Space Flight.

In 2011, on the 50th anniversary of the date Soviet cosmonaut Yuri Gagarin became the first human to see Planet Earth from space, the UN declared April 12 International Day of Human Space Flight.

Friday is also the 34th anniversary of the space flight of the first Bulgarian cosmonaut, Georgi Ivanov.

At the Krumovo military airfield and base, the celebrations will start with an official roll call and greetings. Flowers and wreaths will be laid at the memorial of perished pilots and aircraft technicians.

The ceremony will be attended by the Commander in Chief of the Air Forces, General-Major, Konstantin Popov, other high-ranking Air Forces officers, pilots, veterans, college students from the nearby second largest city of Plovdiv and citizens.

On April 12, 1961, Gagarin's Vostok 1 spacecraft lifted him to an altitude of 200 miles and carried him once around the Earth. "Earth is blue and very beautiful," the cosmonaut exclaimed from above.

The first flight lasted 108 minutes. The public learned many years later that during this time there were 10 accidents, which seriously threatened Gagarin's mission. Also at the time, the news about the first space flight was announced by Soviet authorities only after Vostok 1 landed successfully, even though 600 km away from the planned location.

Modern Russia still sees Gagarin's achievement as one of the most significant in the country's history.