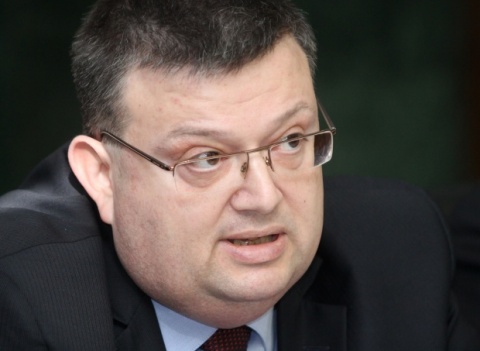 Deputy Sofia City Prosecutor, Roman Vasilev, has misled now Chief Prosecutor, Sotir Tsatsarov, to issue a permit for the use of special surveillance devices, SRS, according to Tsatsarov's own admission.

The Chief Prosecutor made the comment Thursday in connection with an article published by journalist Boris Mitov from Mediapool, reporting that Vasilev had presented false information in requesting the use of SRS in the case against former Defense Minister, Nikolay Tsonev, former Chief Secretary of the Finance Ministry Tencho Popov, and Judge Petar Santirov.

With it, the Deputy Sofia Prosecutor has misled Tsatsarov, who was at the time Chair of the Plovdiv Regional Court, to issue a permit for the use of SRS on false grounds – by claiming Tencho Popov was planning to commit a crime (offer a bribe) on Plovdiv's territory. During the trial against the former Defense Minister, the judges' panel requested information from the Interior Ministry and the State Agency for National Security, DANS, and both failed to confirm there have been any tipoffs about a meeting in Plovdiv.

Mitov attached two scans to the article to prove his assertions. In the publication, the journalist pointed out that due to documented abuse of office, Vasilev was unfit to be included in the team currently probing tipoffs of illegal and mass wiretapping during the term of now-former Interior Minister, Tsvetan Tsvetanov, from the Cabinet of the Citizens for European Development of Bulgaria party, GERB.

"Yes, the law has been, indeed, violated, but Roman Vasilev misled me. If I now launch proceedings against him, it would look like retaliation on my part," Tsatsarov said Thursday.

He further confirmed for the media Mitov's other assertion that Vasilev had been signing SRS requests himself and skipping the required step to have the Interior Minister and a judge approve them.

Giving clear indication he did not plan to remove Vasilev from the "wiretap" probe, the Chief Prosecutor stressed the team included 9 other members.

"I have given them full freedom, but I will back their findings. Do not think that the outcome of the probe is in Vasilev's hands. The team reports to me about their progress every morning and every evening. The findings will be known at the beginning of next week," Tsatsarov assuaged.