Bulgarian President: Danube Bridge 2 to Be Ready by Mid-May 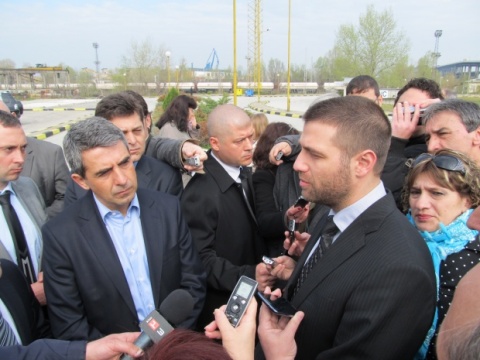 Bulgarian President Rosen Plevneliev stated Wednesday that the second Danube Bridge connecting Bulgaria and Romania will be operational by mid-May.

The transport ministers of the two Balkan countries are set to meet and discuss the last details about the upcoming launch, Plevneliev told reporters, according to BGNES.

In February, officials stated that the bridge connecting Bulgaria's Vidin and Romania's Calafat would be inaugurated on May 9, the Day of Europe.

The final section of the bridge was finished in October 2012 and the entire construction between the Bulgarian and the Romanian Danube shores has been connected. The infrastructure was completed at the end of August 2012.

Over 100 000 vehicles are expected to pass through the bridge each year. The facility will pay off in 12 to 15 years, according to Bulgarian authorities.