Bulgarians to Rally against Freedom of Speech Restrictions 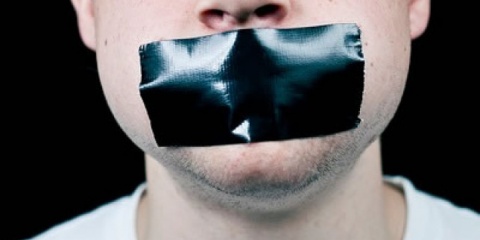 Bulgarian journalists and citizens are staging Monday a protest rally in support of journalist Boris Mitov and against freedom of speech restrictions.

The demonstrators organized themselves on Facebook, after it emerged that Mitov from the Mediapool site has been summoned for the second time Monday by the Sofia City Prosecutor's Office. The group currently has nearly 900 members.

The rally will be held at 9 am in front of the main courthouse in downtown Sofia.

The journalist was already questioned by the prosecutors Friday and was threatened by them with charges of leaking State secrets.

The documents expose the Prosecutor in serious breaches of the law on SRS, such as signing the requests himself and skipping the required step to have the Interior Minister approving them; misleading now Chief Prosecutor, Sotir Tsatsarov, in his capacity of Chair of the Plovdiv Regional Court, to issue a permit for the use of SRS on false grounds – by claiming Tencho Popov was planning to commit a crime (offer a bribe) on Plovdiv's territory, and to top it all – writing motives for allowing SRS use in separate cases instead of judges, as the law requires.

However, the photocopies of the above documents published by Mitov, have been declassified by the presiding judge in the trial against Tsonev, Popov and Santirov. They have been read in public during an open-doors Court session and are publically accessible from the Court's files office.

Only one hour after the article appeared in Mediapool, the journalist was summoned on the phone by Dragomir Yanchev, Prosecutor from the Sofia City Prosecutor's Office. During the questioning, Yanchev has demanded from Mitov to disclose his sources. After receiving a negative answer on grounds the latter violates journalistic ethics, the Prosecutor hinted Mitov could be prosecuted and would face up to 5 years of jail. Yanchev insisted the documents could be declassified only by the same prosecutor who had classified them.

In order to indict an individual in Bulgaria for leaking State secrets, the said individual must have been aware he or she would be breaching the law. In Mitov's case, he simply published already-known information.

According to the European Human Rights Court, the sources of journalists are provided special protection and journalists cannot be forced to disclose their names.

Meanwhile, the Bulgarian Helsinki Committee issued a statement strongly condemning attempts to intimidate journalists in Bulgaria, particularly with the goal to cover up for the prosecution's own scandals.

The arrest, which was also filmed and broadcast by the Interior Ministry, spurred a public outrage of police brutality as Vasilev and masked police officers were seen forcing the detainee kneel to the ground.

The Ethics Commission at Bulgaria's Supreme Judicial Council (VSS) later sanctioned Vasilev for his inappropriate behavior during the arrest.