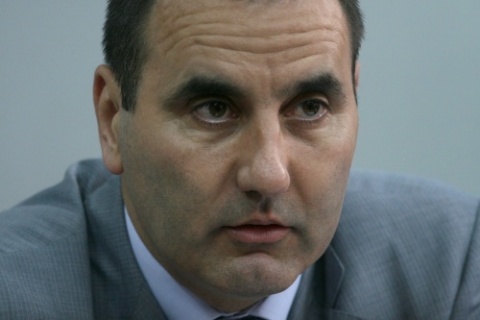 Former Bulgarian ruling party GERB "have nothing to do" with their own former MP Emil Dimitrov, who was recently determined to have been in conflict of interest as MP, stated GERB vice-chair Tsvetan Tsvetanov.

The center-right party campaign chief spoke Saturday in Sofia at a joint press event with EPP Secretary-General Antonio Lopez-Isturiz ahead of the GERB national congress Sunday, which will prepare the party for May 12 early general elections.

"We have nothing to do with Emil Dimitrov. I cannot answer what he's done and how he's done it," was Tsvetanov's answer to a journalist's question regarding the matter.

The GERB vice-chair refused to answer any further questions relating to the party's former MP.

Dimitrov himself had stated he will not run for re-election and is withdrawing from politics.

He is known to be friends with famous Bulgarian footballer Hristo Stoichkov, an enthusiastic supporter of GERB and former Bulgarian PM Boyko Borisov.

Emil Dimitrov is known to have interests in the lumber and hunting business, as well as to be involved in the cigarette trade.