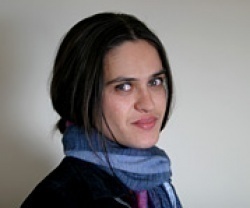 "Statistics," Thomas Carlyle, the Scottish writer and philosopher remarked, "are the greatest liars of them all."

Carlyle was writing in the first half of the 19th century. But this week produced strong evidence his words carry weight for today's Bulgaria too.

“Tell me lies, tell me sweet little lies,” I thought as I stared in disbelief at the latest pre-election polls, showing formerly ruling GERB would garner 30% of the votes, with their foes, the Socialists, lagging behind at just 16%.

Exactly a year ago I found it hard to explain to foreigners and myself why the poorest and unhappiest voters in Europe are expected to give a thumbs-up to the status quo at this year's elections.

At least this is what polls said back then.

Despite his numerous U-turns on key issues like taxes and energy projects, as well as his washout staff policy, former Prime Minister Boyko Borisov remained consistent in his role of a winner, a man of the people, one who takes pride in his lack of diplomacy and smooth statesman-like manners.

Strikingly, this combination seemed to agree very well with most Bulgarians.

Translated into economic terms, however the facts painted the classic picture of an oligarchic rule, managed by a handful of people.

Translated in social terms, that was a disaster in the making.

And the disaster happened.

This is the reason why thousands of demonstrators in Bulgaria took to the streets, chanting "thieves, robbers, mafia".

The poor social and economic situation of large parts of the population is only partly due to the economic and financial crisis in the eurozone. So the demonstrators were right to direct their protests against the government.

Borissov, who has always acted in an intimidating manner - bossing around like a shameless, short-fused, bull-necked tyrant with a don't-bother-me-cause-I'm-too-busy expression, suddenly got sulky and threw in the towel like a small child.

The sulky resignation did not solve any problems and put the country in a very critical situation.

So it is highly unlikely that Borisov will continue to ride the popularity wave, as suggested by the scandalous polls.

In fact the rigged polls did not do any good to anybody.

They undermined GERB party’s efforts to revive its support among Bulgarians and left the credibility of local polling agencies severely damaged both at home and abroad.