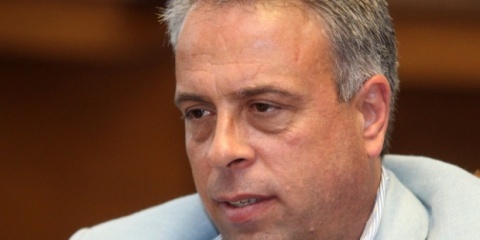 Bulgaria's Commission for Establishing and Preventing Conflict of Interest has found that controversial GERB MP Emil Dimitrov has committed a number of such conflicts.

Dimitrov has been in conflict of interests in proposing lobbyist amendments to the Healthcare Act, the Hunting and Game Preserving Act, and the Tobacco and Tobacco Products Act, which were benefiting a number of companies registered under his mother's name.

Dimitrov ignored two invitations to appear before the Commission. Its decision can be appealed before the Sofia City Administrative Court. If the Court confirms it, the former MP faces a fine of BGN 5 000 to BGN 7 000 and confiscation of income for the period he has been concealing the conflict of interest.

In January, the site for investigative journalism and official WikiLeaks partner for Bulgaria, Bivol.bg, published an article, citing documents they found in the Cadaster, the Trade Registry and files of the Agriculture Ministry for changing the statute of the State land from the forestry fund, revealing that the MP has illegally built a pool on a State terrain near the Black Sea coast, which he had purchased for pocket change.

Dimitrov is a former concessionaire of two of Bulgaria's largest hunting estates. In 2010, he was involved in a scandal revolving around a swap deal with public lands before he entered the Parliament, during the term of the Cabinet of the Three-Way Coalition.

The MP is also seen as the mastermind behind the controversial Forestry Act that resulted in mass protests in the capital Sofia. He was the one to make the scandalous statement: "Bulgaria is ours and the forests are ours."

His nicknames Emo the Cigarette Butt and Emo the Rothmans stem from his long-running history of being involved in cigarette trade. He is considered to be very close to former Prime Minister, Boyko Borisov.

Another scandal erupted last summer when it was alleged that the PM ordered the government aircraft to fly to the Black Sea city of Varna two football teams close to him and Dimitrov after losing a bet in a card game.

Bulgaria's image as a hunting destination was tarnished in 2005 when a German Barron shot a reindeer in a hunting estate owned by Emil Dimitrov, and the trophy was declared a world record. Investigative journalistic reports, however, revealed that the reindeer had been raised in a farm in Austria and fed by hormones. The record was annulled in the aftermath.

Borisov has so far defended his friend's involvement in the 2010 land swap, saying he did it before he became an MP. He labeled his outrageous statement about "our forests" a non-sense.

Dimitrov recently said he would not be running on the GERB ballot in the May 12 snap general elections and was giving up on politics.