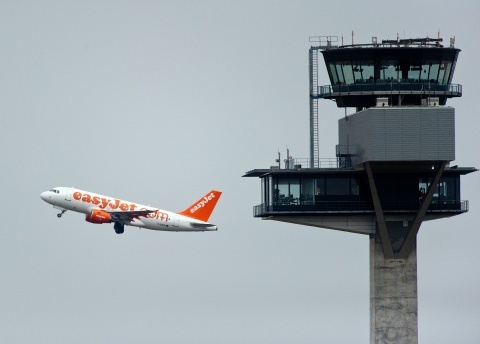 An airplane of the budget airline easyJet takes off next to the new tower of the Berlin Brandenburg Airport Willy Brandt (BER) in Schoenefeld, Germany, 07 September 2012. Photo by BGNES

Low-cost carrier easyJet has officially launched its flights from Bulgaria's capital Sofia to Berlin, according to Bulgarian media.

Peter Voets, easyJet's marketing manager for Switzerland, Austria and Eastern Europe, has noted that the strong business connections between the two capitals, as well as the fact that numerous Bulgarians work and study in Germany, will contribute to the new route's success.

Voets hopes that approximately 30 000 passengers will be serviced by the end of 2013.

easyJet, considered to be the second-biggest low fare airline company after Ryanair, set foot on the Bulgarian market in November 2007 with low-cost flights to London Gatwick three times a week on Tuesdays, Thursdays and Saturdays.