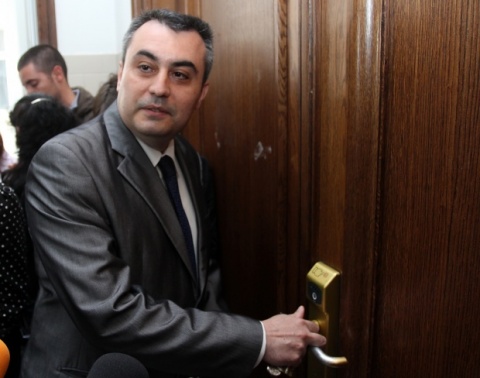 Bulgaria's Chief Prosecutor Sotir Tsatsarov has ordered a team of twelve prosecutors to probe the latest wiretap scandal in the country.

It was reported initially that ten prosecutors will probe the case, but on Friday Tsatsarov has increased the number to twelve.

The prosecutors have already started work at the Interior Ministry, which has announced full cooperation, including from employees of the Specialized Directorate Technical Operations, SDOTO.

He stressed all 12 colleagues were nonpartisan.

The prosecutors will also seek assistance from professional experts outside the system of the Interior Ministry in order to have independent consultants and opinions. These experts will help with the technical parameters of the probe.

The investigation resulted from a tipoff sent to Tsatsarov by Bulgarian Socialist Party leader Sergey Stanishev.

On Thursday, Stanishev said he was in shock after receiving earlier in the week via email the said tipoff, alleging mass spying on the part of the Interior Ministry under the rule of the Citizens for European Development of Bulgaria party, GERB, and its Interior Minister, Tsvetan Tsvetanov, ever since they took office in 2009.

Stanishev further said "Tsatsarov has been impressed by the details in the tipoff," which has prompted him to launch the probe.