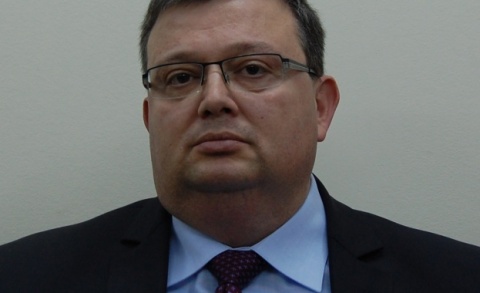 Bulgaria's Chief Prosecutor, Sotir Tsatsarov, has been "impressed" by an anonymous tipoff alleging mass illegal spying in the country under GERB's rule. Photo by BGNES

Tsatsarov got the tipoff Thursday by the leader of the Bulgarian Socialist Party, BSP, and of the Party of European Socialists, PES, former Prime Minister, Sergey Stanishev.

Stanishev says he is in shock after receiving earlier in the week via email the said tipoff, alleging mass spying on the part of the Interior Ministry under the rule of the Citizens for European Development of Bulgaria party, GERB, and its Interior Minister, Tsvetan Tsvetanov, ever since they took office in 2009.

The tipoff is anonymous, Stanishev admitted, but stressed details in it, such as the names of the people on wiretap, the equipment used, as well as naming the involved "spies," have made it very reliable, and sufficient to "impress" Tsatsarov.

"If this is to be proven, this would turn into a huge scandal. This would be Bulgaria's Watergate," Stanishev pointed out.

On Friday, he clashed with Stanishev during the morning political talk show of bTV.

Tsvetanov even went as far as declaring he would quit politics for good if the allegations turn out to be true.