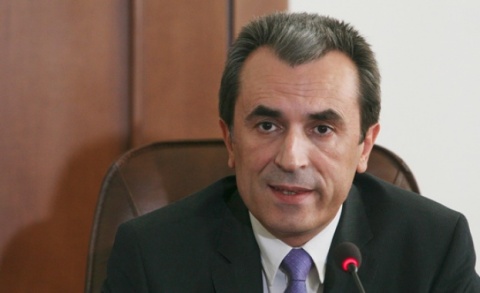 If it wins the election, the Bulgarian Socialist Party, BSP, will abolish the flat tax and reverse to a progressive income tax.

The statement was made before bTV Monday by Plamen Oresharski, former Finance Minister from the BSP quota in the Three-Way Coalition Cabinet, which was the one to introduce the flat tax.

As of January 1, 2008, Bulgaria introduced a 10% flat tax applicable for all income levels, i.e., there is no non-taxable income threshold. It replaced the previous system, which combined several different tax rates - between 20 and 24%, depending on income.

However, five years after later, the Socialist party made a U-turn with calls for scrapping it.

BSP now says the return of a progressive income tax is a must, so that the upper-income households as well as the rich are taxed much more than the poor and bear in the current situation the heavier burden, while low incomes should be tax exempt.

The Socialists are putting forward a simple, three-tier scale - zero tax for the poor, 10% for the income of the average Bulgarian and higher taxes for income, which exceeds a certain threshold, but definitely not 70% like it was mulled in France.

Bulgaria's now-former Finance Minister in the Cabinet of the Citizens for European Development of Bulgaria party, GERB, Simeon Djankov, repeatedly denied reports that a removal of the flat tax rate may be looming after the government scrapped its plans for a VAT increase in a bid to plug a budget gap that has thwarted the new EU member's Euro efforts.

According to Djankov, the introduction of the flat tax is one of the success stories of Bulgaria's economic and tax policy.

Bulgaria's 10% flat rate makes it the country with the lowest personal tax rate among European Union member states. Bulgaria also has the lowest social security rates, which coupled with a 10% flat rate, has turned it very attractive for physical entities, employers and potential investors.

Over the last decade and a half, a number of countries introduced flat-rate taxation and Bulgaria jumped on the bandwagon in 2008.

The policy has a number of positive features - equality, lower tax burden, the general trend to raise budget revenue as more companies leave the "shadow economy", just to name a few.

What made the debate in Bulgaria different is the fact that the proponents of the measure were the Socialists as it is usually the center-right parties that are aggressively pushing tax reforms.

Part of the reason why the flat tax has been an efficient tool in diminishing the "grey economy" in other countries is the willingness of governments to couple it with draconic measures to crack down on tax evasion.

Even though it is a long-term goal, this kind of measures give the foreign companies the feel that things are going in the right direction and makes them more likely to invest their money in those economies.

Bulgaria, on the other hand, has notoriously been sluggish with its fight against corruption and organized crime.

Bulgaria is among the top ten countries in the world with the lowest effective rates and is preceded only by Hong Kong, tax havens like the Bahamas Islands and petro-states like Saudi Arabia, according to an analysis by KPMG consultancy.

Snap general election is to be held May 12, just two months ahead of the regular date in July, with BSP ranked second in current polls, but only slightly trailing GERB.