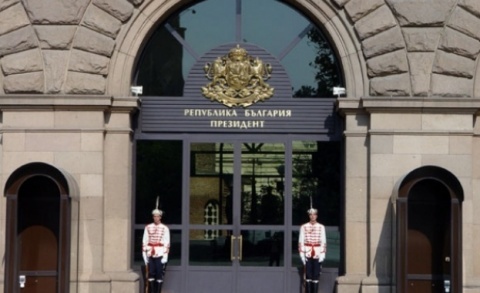 File photo of the Bulgarian Presidencial palace in downtown Sofia

An elderly man threatened to set himself on fire in front of the presidential palace in downtown Sofia on Sunday.

The 73-year-old man's revealed his intention to pull gasoline on himself and was stopped by police, according to local media.

The man was taken to a local police department where he met with a psychologist. His motives are still unclear.

Bulgaria has witnessed an unprecedented wave of self-immolations over the course of the last month. A total of six people set themselves ablaze in EU's poorest member state since mid-February. Four of them have passed away.

41-year-old Todor Yovchev, who set himself on fire in Northeastern Bulgaria on March 19, passed away on Friday.

53-year-old Ventsislav Vasilev, who set himself on fire in Radnevo on February 26, having explained he has long lived in great poverty, passed away on March 10.

On March 3, Plamen Goranov, 36, died in Varna, after having set himself on fire on February 20, as an extreme act of political protest. Goranov, who protested against the corrupt authorities in the Black Sea city, became a symbol of the nationwide rallies, with media describing him as "the Bulgarian Jan Palach."

On February 19, 26-year-old Traian Marechkov set himself on fire and died soon after in Veliko Tarnovo, having explained he is too despaired to live on.

President Rosen Plevneliev installed a caretaker government on March 12 after last month's resignation of the center-right GERB government that was triggered by massive protests against poverty, corruption and shockingly high utility bills.