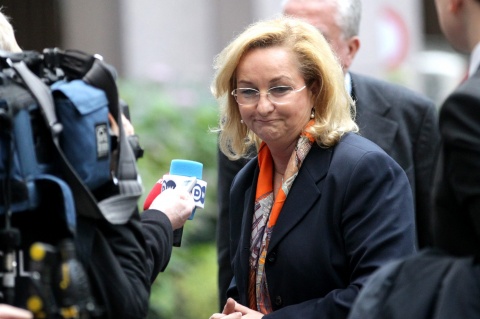 The ECB will stop giving funds to Cypriot banks if a new bailout plan is not negotiated until Friday, March 22, according to Austria's Minister of Finance Maria Fekter.

Tuesday the Cypriot parliament rejected an earlier bailout plan, which included the imposition of a one-off tax of 6.75% on deposits below EUR 0.1 M and 9.9% for those above.

Cyprus President Nicos Anastasiades has convened the country's political leaders Wednesday to discuss conditions on the EUR 10 B bailout needed by the country.

Banks in Cyprus, which many fear faces bankruptcy, have closed down operations for the week, but citizens can withdraw cash via ATMs.

Wednesday Germany renewed the EU pressure on Cyprus to accept a bailout, with FinMin Wolfgang Schaeuble threatening that Cypriot banks are likely to become insolvent should no emergency funds arrive.

In the meanwhile, Cypriot Minister of Finance Michalis Sarris is in Moscow for the renegotiation of a loan Cyprus received from Russia, but at this time no concrete results have been achieved.