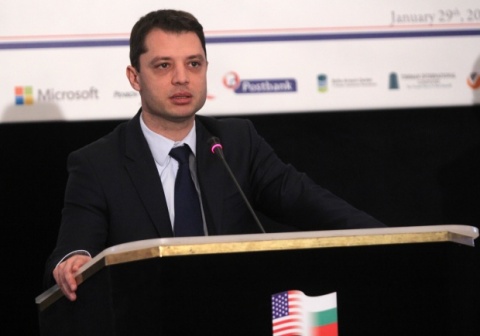 Former Economy and Energy Minister, Delyan Dobrev, admitted being at fault for discovering way too late the "strange collaterals" in the contracts for long-term purchase of electric power from the so-called "American" Thermal Power Plants.

He said he learned about the contracts, signed during the term of Prime Minister, Ivan Kostov, and later by Socialist Energy and Economy Minister, Rumen Ovcharov, only during his very last days at the post.

Upon "stumbling" on them, Dobrev announced these collaterals have been agreed on in 2002 and 2005, and boil down to pawning all consumers' electric bills against loans for the plants. He informed he had documents for it, which he would give to Chief Prosecutor, Sotir Tsatsarov.

These collaterals have provided guarantees for the investor from all consumers in Bulgaria, according to him.

"This is the same as pledging your salary to someone else to build apartments," Dobrev explained.

The former Minister further admitted Monday his GERB cabinet made a mistake by not changing the law and by not imposing a moratorium on the contracts as soon as it took office in 2009.

He explained such moratorium had been proposed by former Minister of Environment and Waters, Nona Karadzhova, but has been rejected by his predecessor, Traicho Traikov.

"I am truly puzzled Traikov would side with Ovcharov. He never mentioned to me the collaterals," the former Minister stressed in an interview for Nova TV.

Dobrev explained that the said contracts made the Maritza TPPs and their expensive electric power a reality and now Bulgarians must pay electric bills 3 times higher than the price of energy produced by the Kozloduy Nuclear Power Plant.