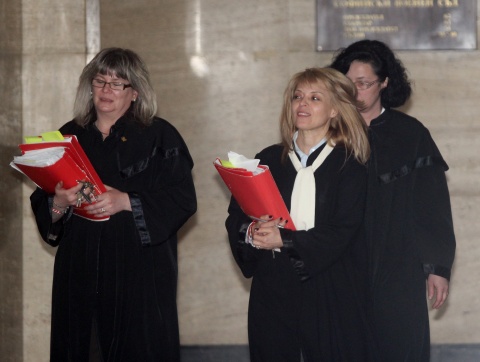 The Impudent gang was charged with 11 abductions and one attempted abduction, according to reports of the Bulgarian Telegrapgh Agency (BTA).

Ivaylo Evtimov AKA Yozhi, Prokopi Prokopiev AKA The Bodybuilder, Daniel Dimitrov AKA The Relay, and Lyubomir Dimitrov AKA The Rower, were acquitted of some of the kidnappings by the SAC but will still have to serve their prison terms.

Evtimov, Prokopiev, and Daniel Dimitrov are to spend 18 years behind bars and Lybomir Dimitrov is to spend 15 years in prison, in line with the verdicts issued by the court of first instance in April 2012.

The judge panel of the Sofia Appellate Court upheld the decision of the Sofia City Court but ruled that the leaders of the gang had not taken part in some of the abductions.

The decision of the Sofia Appellate Court left the abductions of Georgi Georgiev, Vasil Manikatov, and Borislav Alexandrov unsolved as the defendants were cleared of the offences.

The Sofia City Court, however, had only left the abduction of Rumen Guninski-Jr. unresolved.

The decision of the Sofia Appellate Court was signed with a note of dissent by the chair of the judge panel who argued that the case had to be returned for retrial to the court of first instance over procedural breaches.

The verdict of the SAC is not final and can be appealed before the Supreme Court of Cassation (VKS).