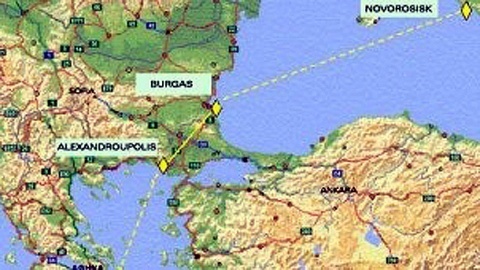 Bulgaria's Parliament denounced at second reading on Tuesday the trilateral agreement for the construction of the Burgas-Alexandoupolis oil pipeline.

A total of 96 lawmakers voted in favor of the denunciation, while 27 were against and one abstained from voting.

The inter-government agreement was abandoned at first reading last week.

The proposal for the denunciation of the agreement was submitted last month by the country's center-right GERB government.

The step comes after the expiration of Bulgaria's proposal from last year for a termination of the intergovernmental agreement by mutual consent.

The Bulgarian government adopted a decision to withdraw from the oil pipeline project in early December 2011.

Bulgaria's Council of Ministers noted back then that the project could not be implemented under the parameters set out in the inter-government agreement with Russia and Greece from 2007.

At the end of February, Bulgaria's Parliament confirmed the country's decision to abandon another key Russian energy project, the Belene nuclear power plant.