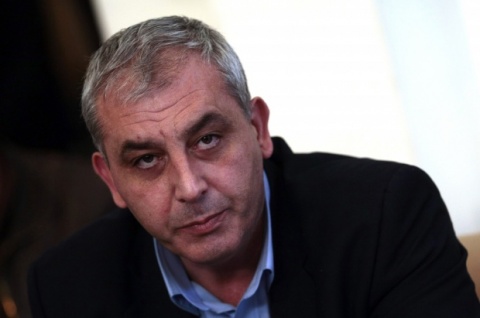 Bulgarian railway workers are set to support a protest strike of the minors and workers at thermal power plants in the country.

At the end of last week, minors and thermal plant workers from the Maritsa East complexes – which harbors three of the largest Bulgarian TPPs, as well as those from the Bobov Dol TPP – announced that would stage a protest rally on Tuesday before the building of Bulgaria's State Commission for Energy and Water Regulation (DKEVR).

The miners and energy workers protest the fact that even though the energy that they produce is cheaper than energy from other sources, it remains largely ignored by the state regulator allowing the three power utilities – CEZ, EVN, and Energo-Pro – to charge excessive prices for electricity, which in turn led recently to mass street protests across Bulgaria and the resignation of the Borisov Cabinet.

According to Petar Bunev, head of the railway union at the Confederation of Independent Bulgarian Syndicates, the railway workers will back the protest of the miners and TPP operators because about 30% of the goods transported by state-owned freight operator BDZ Freight Services are made up from coal for the respective TPPs, and any reduction of the volume of transported coal would lead to layoffs at the railways.

ESO made this move based on the current legislation which states that energy from solar and wind parks has to be bought out before energy from other sources regardless of the fact that it is several times more expensive.

Bunev said he would insist before DKEVR that the purchase of green energy from renewable sources be restricted because it hurts Bulgarian industries and consumers.