Bulgaria's President: No Member of Caretaker Govt Is Clear Yet 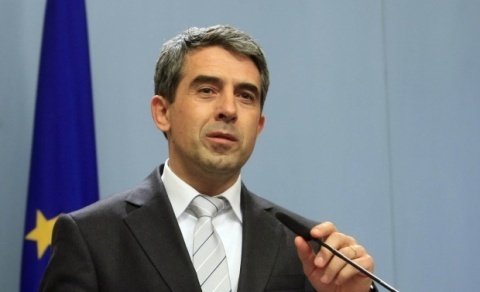 Bulgarian President Rosen Plevneliev has insisted that no member of the caretaker government is yet clear.

In an interview for Nova TV on Saturday, Plevneliev refuted allegations that Sasha Bezuhanova, senior executive at HP, or Kristalina Georgieva, Bulgaria's EU Commissioner, would be appointed caretaker Prime Minister.

Plevneliev, as cited by Sega daily, explained that the tasks and priorities of the caretaker government were still being formulated.

He refuted accusations that the first round of consultations for the establishment of a Public Council at the President's Office had been a failure because the participants had been poorly selected and the representatives of the protesters and trade unions had left the session.

"It was not a failure. On the contrary, the demands of the people were included on the agenda. The President's Office works with institutions, we are not a platform for dialogue - we seek representation, not personalities," he explained.

On Friday, a meeting organized to establish a Public Council at the President's Office collapsed after representatives of the protesters and the trade unions walked out of the room, saying that they would not sit on the same table with members of the entities they were fighting against.

The meeting brought together representatives of the protesters, the trade unions, the business sector, the academic community, and NGOs.

Meanwhile, a round table discussion took place on Saturday during which representatives of the protesters and NGOs discussed demands for changes to the Election Code and the coordination of the nationwide rally scheduled for March 3.

The discussion resulted in a decision to abstain from adopting a declaration but to focus on two demands, including the prevention of the dissolution of Parliament in order to give MPs enough time to adopt changes to the Election Code, and the abolition of monopolies.

In his Saturday interview, Plevneliev claimed that any problem could be solved by answering five magical questions – who, when, how, where, and how.

"The people expect to be governed by people with integrity," he stated.

Bulgaria's head of state assured that the caretaker government would transcend party lines and include competent professionals.

He admitted, however, that the caretaker government would be subject to pressure as a range of interested groups were willing to be represented in it.

Plevneliev emphasized that the only way to fulfill citizens' ideas was through institutions.

"One person cannot fix this country, no matter how strong the person is. Institutions, when they guarantee rules, and when the laws are observed, will help increase investments and jobs" he added.

Plevneliev rejected allegations that he was in conflict with outgoing Prime Minister Boyko Borisov because he had defined the resignation of the GERB government as irresponsible.

"Our relations are sincere and manly," he stated, adding that socialist leader Sergey Stanishev, Lyutvi Mestan, leader of the ethnic Turkish party Movement for Rights and Freedoms (DPS), or any other representative of an institution could expect the same treatment.

A wave of protests erupted in Bulgaria over the high electricity and heating bills, which caused the center-right GERB government to resign on February 20, but the demonstrations did not cease and the demands of the participants now include a change of the existing model of government and elimination of monopolies.