Bulgarian Socialist Leader: It Is Too Late To Change Election Code 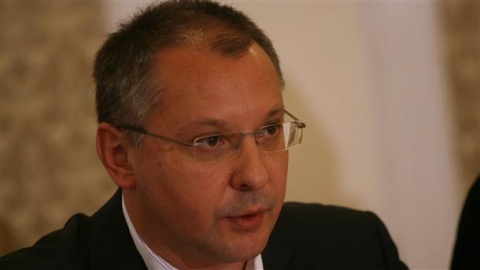 BSP leader Sergey Stanishev has said that it is already too late to fulfil demands of protesters for changes to the Election Code. Photo by BGNES

Commenting on proposals of protesters for the introduction of majority voting, Sergey Stanishev, leader of the Bulgarian Socialist Party (BSP) has said that there is not enough time to amend the Election Code, given that President Rosen Plevneliev has already announced a date for the early elections.

In a Saturday interview for the Bulgarian National Radio (BNR), BSP leader Stanishev, who is also President of the Party of European Socialists and a former Bulgarian PM (2005-2009), argued that majority voting would not allow control over oligarchs and cited the elections in 2009 as an illustration.

He went on to comment on the implementation of the budget at the end of the rule of the government of center-right party GERB, stressing that the Cabinet had run up debts of around BGN 2B.

"For the last two months in office, the GERB government ran up debts of nearly BGN 2 B at the expense of the national budget, i.e. taxpayers, and the next government. Through these decisions, GERB allowed new obligations to pile up, which will hit the budget and the next government, limiting its scope for action. They are obviously accumulating resources which are being channeled to municipalities ruled by GERB so that they can buy votes," he suggested.