Bulgaria's Devt Minister: We Should Have Boosted the Economy 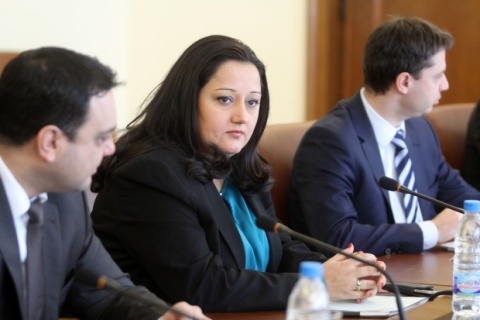 Bulgaria's resigining Borisov Cabinet made a mistake because it failed to boost the economy once it established financial stability, its Regional Development Minister Lilyana Pavlova stated Saturday.

"After we achieved financial stability, this was the best moment to accelerate economic activeness. We didn't need such low budget deficit and debt as a percentage of the GDP," Pavlova said on Nova TV.

She noted that if the Borisov Cabinet had raised deficit "a little and in a transparent way" – something that was unimaginable under its Finance Minister Simeon Djankov – it would have helped the economy, employment, and business crediting.

In her words, she is leaving behind a Regional Development Ministry in order.

"I have made efforts so that the administration can keep working under a caretaker cabinet," she added.

"Women are very efficient in crisis, and are capable of mobilizing and doing a good job," Pavlova said when asked if she could become Bulgaria's caretaker PM until the early elections scheduled for May 12.