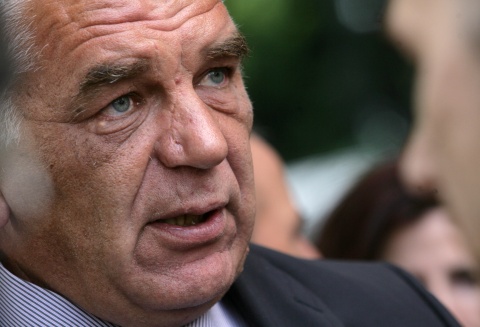 Vanyo Tanov, head of Bulgaria's Customs Agency, has reported a substantial decrease in smuggling throgh the Greek border, contrary to the trend from Macedonia and Albania. Photo by BGNES

Vanyo Tanov, head of Bulgaria's Customs Agency, has informed that smuggling across the Greek border has declined substantially, unlike smuggling through Macedonia and Albania.

"As regards duty-free cigarettes, attempts are being made for smuggling through the Turkish border," the Customs Agency head told journalists Tuesday, as cited by mass circulation daily 24 Hours.

Tanov explained that a number of things had assisted the fight against smuggling of tobacco products, such as the fact that cigarette prices in Serbia had increased substantially, making them not so attractive for the Bulgarian market because of the relatively insignificant price difference.

He argued that the trend would encourage local production in order to avoid such risks.

"Our market is limited and the local production aims to satisfy the needs of the local market," he noted.

"It was common practice in the past few years for smuggled cigarettes to transit Bulgarian territory. This practice has been substantially reduced, not to say that it is twice less common nowadays. As regards illegal trade in tobacco products, there has been a drop of over 25% in two years on the market," Bulgaria's Customs Agency head declared.

He claimed that the Interior Ministry and the Customs Agency had gathered enough experience in the sphere of combating smuggling of tobacco and tobacco products over the past three years.

Tanov insisted that all the steps would lead to a significant reduction in illegal trade.

"Our work is by law aimed at stopping contraband import on our territory. We are preparing for Schengen membership and we are building structures which can work" Tanov added.