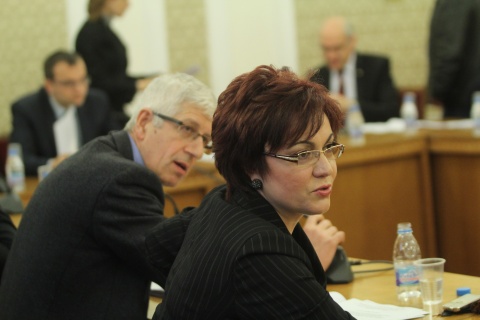 Representatives of three opposition parties have boycotted the session of Bulgaria's Parliamentary Economic Committee during a discussion of amendments to the Energy Act concerning the appointment of the members of the State Commission for Energy and Water Regulation (DKEVR).

The proposal of center-right ruling party GERB (Citizens for European Development of Bulgaria), as cited by the Focus news agency, is to appoint all of the 11 members of the energy watchdog by Parliament with a two thirds majority (160 votes).

MPs from the Bulgarian Socialist Party (BSP), the ethnic Turkish Movement for Rights and Freedoms party (DPS), and nationalist party Ataka, however, left the session of the Committee on Tuesday.

Socialist MP and former Energy Minister Rumen Ovcharov commented that he did not wish to become an MP who would rescue Prime Minister Borisov.

"We shall decide on any problems whatsoever only after the government resigns and parliamentary elections are held" DPS MP Yordan Tsonev argued.

Some representatives of opposition parties, however, did not join the boycott.

"The Blue Coalition is a firm opponent of GERB but we shall not solve any important problem by abdicating. Leaving means refusing to do your job," said Martin Dimitrov, right-wing MP and Chair of the Parliamentary Economic Committee.

Dian Chervenkondev, MP of center-right ruling party GERB, claimed that the opposition had refused to solve problems in the energy sector which had been accumulating for decades, adding that the step had not been an example of nationally responsible behavior.