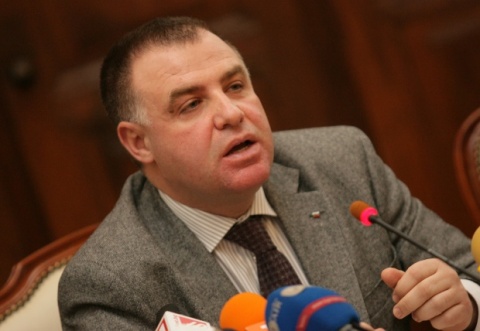 Bulgaria's Agriculture Minister, Miroslav Naydenov, announced that nearly BGN 1 B will be wired by 3:30 pm Monday to the country's grain producers.

He failed to provide details on where the funds will come from and if the move, aiming at preventing protest rallies of the farmers, would affect the State treasury.

"My job is to pay the money, not to find it," said Naydenov.

However, Rumen Porozhanov, Executive Director of the State Fund Agriculture (SFA), confirmed the money will come from the fiscal reserve, and the European Commission will later reimburse the amount.

Porozhanov added the funds will reach the grain producers no later than Tuesday morning.

It was reported earlier Monday that the official grounds for the surprising ousting of Deputy Prime Minister and Finance Minister, Simeon Djankov, was his decision to delay with up to two months the payment of subsidies to grain producers.

Reportedly, this has enraged Prime Minister, Boyko Borisov, who ordered to Djankov's Deputy, Vladislav Goranov, to find the funds.

Naydenov further declined commenting Monday if Djankov had been informed about these latest developments.

He thanked Borisov for intervening in favor of the grain producers, stressing that without his personal involvement the wire of the money would not have happened.