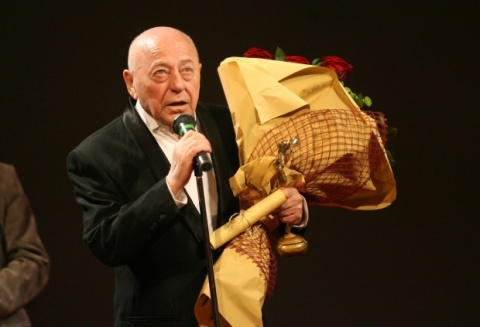 One of the most beloved Bulgarian actors, comedians, and TV presenters, Todor Kolev, has passed away. Photo by BGNES

One of the most beloved Bulgarian actors, comedians, and talk show hosts, Todor Kolev, passed away at the age of 73.

He graduated from the National Academy for Theater and Film Arts in Sofia in 1965. He has worked at the theaters in Smolyan, Shumen, Plovdiv, and two theaters in Sofia.

Kolev has roles in over 30 Bulgarian movies, some of them emblematic for Bulgarian popular culture and cinema in the communist period.

During the Communist rule, he was temporarily exiled from Sofia to Sliven for a joke he made in public that there were three Toshkos who made Bulgarians laugh ("Toshko" is the diminutive form of the name Todor in Bulgarian): the Communist leader Todor Zhivkov, the clown Toshko Kozarev and himself.