Hamas Condemns Bulgaria over Expulsion of Its Lawmakers 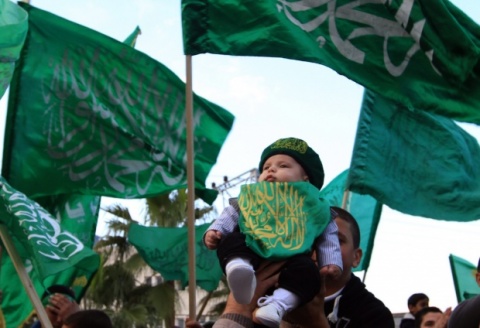 Hamas is listed as a terrorist organization by the EU and the Bulgarian Foreign Ministry has pointed out that the delegation's visit was not official. File photo by EPA/BGNES

The Hamas government in in the Gaza Strip has condemned Bulgaria's expulsion of a party delegation visiting the country.

Hamas has charged the Balkan country's government with bowing to Israeli pressure.

"We condemn this act, which reflects the scale of compliance with Zionist pressures," government spokesman Taher al-Nunu said, as cited by international media.

Hamas officials have further called for Bulgaria to offer a formal apology, claiming the visiting deputies were protected by parliamentary immunity.

The Hamas delegation left Bulgaria Friday morning after being requested to do so by the country's State Agency for National Security (DANS).

The agency has clarified that the four Hamas lawmakers legally arrived in Bulgaria on a private invitation, but during their stay "information was received which gives reasons to believe that their presence poses a serious threat for national security."

Friday a Palestinian agency reported that the Hamas representatives' hotel rooms in Sofia were stormed by security forces, something not confirmed by DANS.

The Bulgarian Foreign Ministry noted that the visit was not official.

Bulgarian Foreign Ministry spokeswoman Vessela Tcherneva told The Jerusalem Post on Thursday that "Bulgaria is part of the EU politics as listing Hamas as a terror organization.