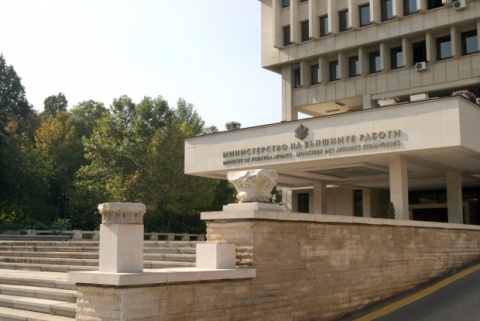 The Bulgarian Foreign Ministry has noted that the visit is not official. File photo

"(Bulgarian Foreign Minister) Nikolay Mladenov should not worry, he should assure his Israeli friends that the visit does not have anything to do with the Bulgarian government," Mohammed Abu Assi, the head of the Center, has told Dnevnik.bg.

Abu Assi has claimed that the visit aims to "improve Bulgaria's image in the Arab world" after the country's government "made a blunder" by blaming Hezbollah for last year's terror attack in the Black Sea city of Burgas.

The Palestinian embassy in Sofia has told Dnevnik.bg that it did not organize the Hamas delegation's visit.

The Bulgarian Foreign Ministry has noted that the visit is not official.

According to Middle East Monitor, the delegation is headed by elected member Ismail Ashqar, Deputy Chairman of the bloc in the Palestinian Legislative Council. He has been joined by fellow elected members Dr. Salah Bardawil, a Hamas spokesman, and Mushir al-Masri.

"This trip to Bulgaria carries with it special significance as the republic is an EU country which has until now refused to allow Hamas MPs to cross its borders due to long-held political views about the Islamic Resistance Movement," Middle East Monitor has stated.