Canadians Startled by Alleged Involvement in Terror Attack in Bulgaria 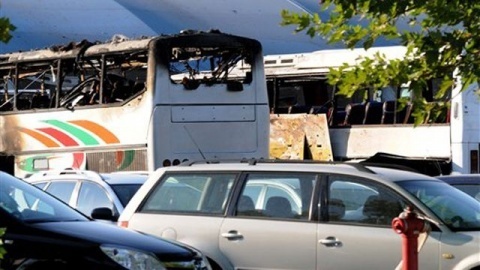 The July 18 bombing at the Burgas airport killed 5 Israeli tourists, their Bulgarian bus driver and the perpetrator of the attack. Photo by BGNES

Recent allegations of Canadian involvement in the terrorist attack in Bulgaria have raised questions about why some Canadians have become anti-Western extremists who want to commit violence at home and abroad, local media reported.

"Such extremists are "largely individuals who feel that the Muslim world is under attack and that somehow Canada is contributing to that," Richard Fadden, Director of the Canadian Security Intelligence Service, said, as cited by the National Post.

Fadden testified before the Senate national security committee on Monday.

He said while al-Qaeda in Afghanistan and Pakistan had been weakened since the 9/11 attacks, its affiliates in the Arabian Peninsula, North Africa and Somalia had become "much, much more operational" and that "in every single case" Canadians had joined their ranks.

Bulgarian Interior Minister Tsvetan Tsvetanov stated last week that Bulgarian investigators now have "a well-founded assumption" that the perpetrators of the deadly attack belonged to the military formation of Hezbollah.