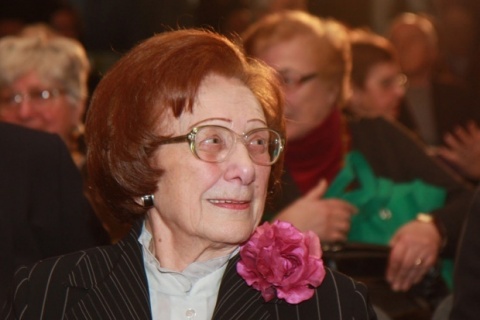 Bulgarians will pay their last respects on Friday to pominent Bulgarian poet, writer, translator, and author of children's literature, Leda Mileva, who passed away Tuesday at the age of 93.

Mileva left us on her birthday– February 5.

Leda Geo Mileva was born on February 5, 1920 in Sofia. She is a daughter of another prominent Bulgarian poet Geo Milev.

Mileva graduated from the American College in Sofia and the Children's Teacher Institute, and at the same time studied Law in the Sofia University.

Mileva is included in the Honorary List Hans Christian Andersen of the International Children's Book Council. She has published more than 30 books with children's poems.

Her poems and works are translated and published in France, Germany, Russia, Belarus, Romania, the Czech Republic, Hungary, Syria and etc.