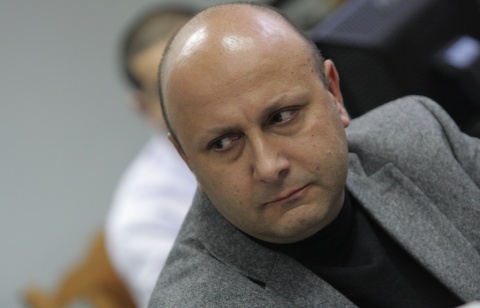 Four people connected to the Burgas bus bombing have stayed in Bulgaria, according to Stanimir Florov, head of the Chief Directorate "Combating Organized Crime". Photo by BGNES

Four people connected to the Burgas bus bombing have stayed in Bulgaria, according to Stanimir Florov, head of the Chief Directorate "Combating Organized Crime".

In a Thursday interview for bTV, he commented that the "reasonable assumption" concerning the connection between the two suspects for the July 18 terror attack and Hezbollah had been confirmed by partner international law enforcement organizations before it was voiced by Interior Minister Tsvetan Tsvetanov.

Florov rejected claims that Bulgaria was under increased threat, adding the country had to avoid panic, the goal of every terror act.

The GDBOP head, as cited by Sega daily, noted that the terrorists were believed to have been eyeing a hotel on Bulgaria's southern Black Sea coast where more Israeli tourists were spending their holidays, but they had eventually decided to attack a bus.

He noted that the suggestion that the bomb had been activated earlier than planned by mistake had not been confirmed yet, adding that there would have been many more casualties if the explosion had taken place onboard the bus.

Several days ago, Europol reported that the bomb was more likely to have gone off by accident while the passengers were putting their bags in the luggage compartment, meaning that the perpetrator was not a suicide bomber.

In his Thursday interview, the head of Bulgaria's anti-mafia unit confirmed that the bomb had most probably been assembled on Bulgarian territory.

"We know their names. Most probably, they also know that we know about them. It is believed that a total of four of the terrorists stayed in Bulgaria, one died and three others are alive," Florov stated, reminding of the "reasonable assumption" about the link of two suspects to Hezbollah.

He went on to say that the suspects had visited other cities in Bulgaria but did not specify any names.

The GDBOP Director noted that the alleged terrorists had stayed in Bulgaria long, possibly to study traffic patterns and weak spots.

He noted that their dual citizenship (Lebanese and Canadian and Lebanese and Australian)   had allowed them to travel freely in the EU.

Florov emphasized that the suspects had gathered very rarely to discuss plans, staying in different places and hotels most of the time.

"We also have a logical explanation why the SIM card of the one was thrown out near the town of Tsar Kaloyan. However, I cannot say if they travelled to Romania to exit the country," he said, adding that there were important facts that he could not reveal, including the suspects' current location, which was yet to be confirmed.

Asked to comment on claims of Volen Siderov, leader of nationalist party Ataka, that there were photos of the attackers with representatives of Hezbollah, Florov said that he could not speak about the existence of such materials, adding that it was still no proof that the people had stayed in touch with the Shiite group.