Farage Responds to Ralitsa Behar: You Are Right to Love Your Country as I love Mine 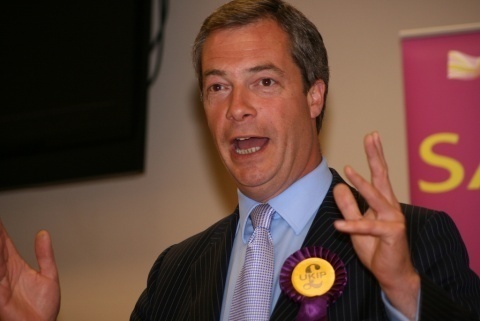 "I am pleased my comments have helped create a debate in Bulgaria," writes British politician, Nigel Farage in a response to an open letter from young Bulgarian woman, Ralitsa Behar.

Recently, Ralitsa sent Farage an open letter, which provoked a wave of comments in social networks. The letter was published first by Novinite.com and Novinite.bg. In it she asks Farage to visit Bulgaria to see how wrong he is in his negative opinion about the country and its citizens.

"You are right to love your country Bulgaria, as I love mine, the United Kingdom," the politician comments in the letter.

According to him, Bulgaria is a proud country with many well-educated people and much to celebrate, and he wished to see it prosperous and free.

Farage thanks Ralitsa Behar both for the thoughtful letter and the invitation to Bulgaria. He explains he had planned to come this week but because he needed to be in Brussels for an important European Council meeting he could not make the trip.

Farage further says MEP Paul Nuttall, the deputy leader of the UK Independence Party, will go in his stead and will be in Bulgaria on a fact-finding mission from Wednesday to Friday this week.