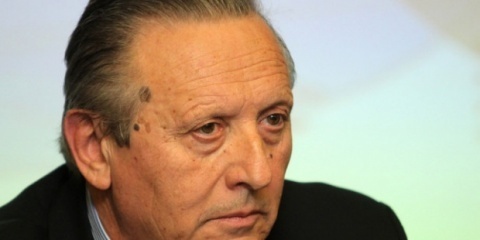 The decision to release from the post Sergey Ignatov and to appoint Vodenicharov was voted in the Parliament Wednesday with 176 votes for, 11 against, and 1 abstaining.

Ignatov was not present in plenary hall for the debates.

The nomination was not presented by Prime Minister, Boyko Borisov, but by his Deputy, Finance Minister, Simeon Djankov, who said the candidate was both top notch scientist and manager.

The opposition – the right-wing Blue Coalition, the ethnic Turkish Movement for Rights and Freedoms, DPS, the left-wing Bulgarian Socialist Party, BSP, and the far-right nationalist Ataka stated from the parliamentary tribune they would not support Vodenicharov's candidature.

They joined around the opinion that a change in the Cabinet only a few months before the end of its term in office was unfounded and senseless, despite the undisputable qualities and qualifications of the candidate.

Vodenicharov, however, received firm and unanimous support by the ruling center-right Citizens for European Development of Bulgaria party, GERB.

BSP leader, leader of the Party of the European Socialists, PES, and former PM, Sergey Stanishev, and the Member of the Parliament from Ataka, Ognyan Stoichkov, reminded that Djankov stirred huge outrage among BAS people by calling them "feudal old men," but was now proposing the chief feudal old man to head the country's education. Stanishev further noted the Finance Minister was the person leading a consistent policy of destroying the education system.

Vodenicharov did not take the stand to address the MPs.

After the vote and the oath of office, he announced one of his top priorities would be to bring back the trade high schools in the education system over the need to have qualified people for the country's industrial sector.

Vodenicharov explained he had accepted Borisov's proposal to take over the post just for a few months due to the importance of the preparation and creation of the new operational program for education and science.

Among his top priorities, he listed a new Innovations Act, and serious changes in the Scientific Research Fund. Vodenicharov informed he was going to invite all university presidents and the leadership of BAS to debate structural reforms in the Fund.

Ignatov submitted his resignation at the request of Borisov, hours after the resignation of the manager of Bulgaria's embattled and scandal-ridden Scientific Research Fund, Hristo Petrov.