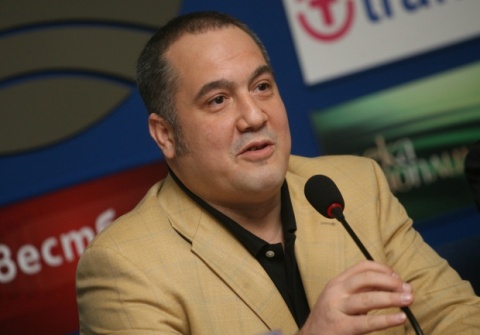 There is nothing more despicable that a third-rate, bighead mutra than a mutra who is also a snitch such as Prime Minister, Boyko Borisov, according to MEP, Slavi Binev.

Binev, founder of the political party Conservative Party Movement of Success, GORD (PROUD), and second-term indepenedent MEP, spoke Monday in the aftermath of the scandal already codenamed "The Buddha File."

A leaked document, released by the site for investigative journalism Bivol.bg on Sunday, revealed that current PM Borisov, has been recruited in the past as a secret agent of the Central Services for Combatting Organized Crime, CSBOP. Borisov's codename was Buddha.

According to the PM, the documents were leaked by the controversial MEP in another effort to tarnish his image.

In commenting on Borisov's words, Binev pledged to "include Borisov in GORD's economic program; sell him to Thailand so that Thai people can add to their collection of golden and emerald Buddha a pumpkin one."

"It is a fact that this time he did not blame his predecessor Sergey Stanishev for everything, but finally dared to mention my name. With it, he showed who his biggest nightmare is, making him shiver, and who is the only alternative to the obsolete political system," Binev, who has been harshly and relentlessly criticizing Borisov for months now, stated.