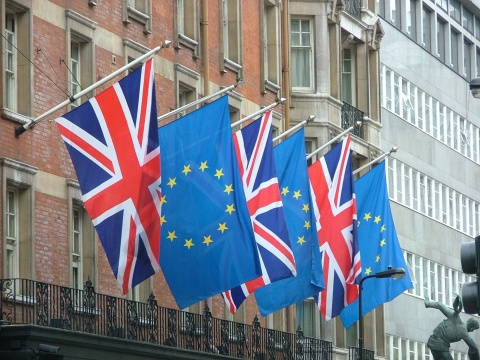 "No EU member state can unilaterally break its commitments under EU law, and Commissioner Andor has emphasized that many times," explained Jonathat Todd, after Commissioner Andor's office was asked to comment on calls by some British politicians and media that the UK should keep Bulgarians and Romanians off its labor market after January 1, 2014.

January 1, 2014, is the expiration date of the seven-year transition period after Bulgaria and Romania's EU accession, in which the other EU member states could limit Bulgarians and Romanians' access to their labor markets.

Asked to comment on what kinds of sanctions the European Commission could impose on Britain in the event that the UK government does take any kind of measures to restrict the labor rights of Bulgarian and Romanian migrants past January 1, Todd pointed out that in that case the EC would start an infringement procedure.

"However, we need to wait and see how the situation will develop. We can't say yet whether such steps are possible. But no EU member state has the right to restrict the labor market access of Bulgarians and Romanians past January 1, 2014," Commissioner Andor's Spokesperson noted.

Todd also reminded that the EC has commissioned a report which found that immigrant laborers from the eight Eastern European member states, which joined the EU in 2004, have in fact contributed 1.2% to the UK GDP between 2004 and 2009.

"Commissioner Andor firmly believes that labor mobility is beneficial for both the host country and the home country of the migrants," he said.

The public debates in the UK regarding the labor rights of Bulgarians and Romanians was rekindled last week after anti-immigrant statements by the leader of the UK Independence Party (UKIP) Nigel Farage.

Farage's statements caused a strong public reaction in Bulgaria and Romania, with Ralitsa Behar, a young Bulgarian woman, sending the UKIP leader an open letter – first published by Novinite.com (Sofia News Agency) and Novinite.bg – which became a social media hit in Bulgaria and more widely in the EU – in which she rebuts his claims and invites him to visit Bulgaria personally to find out that he is wrong.