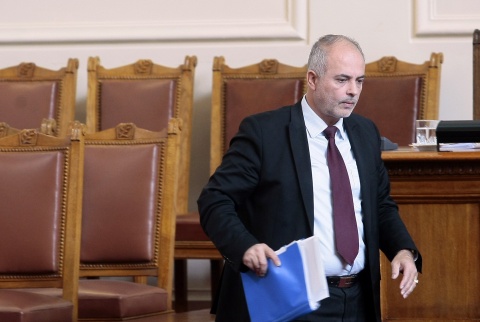 In a Thursday interview for the morning broadcast of Nova Television, Mladenov specified that talks were yet to take place with the trade unions at the plant and specialists.

He made clear that a Bulgarian-German joint venture would also take part in the scheme.

Mladenov informed that around 400 workers of the state-owned military plant were expected to quit their jobs voluntarily starting Thursday, adding that they would be able to take advantage of the state's assistance to find employment at private companies.

He announced that a mobile office of the local labor office would be opened at arms manufacturer next week to offer laid-off workers job proposals directly, saving the people months of waiting at the Employment Agency.

Bulgaria's Labor Minister explained that VMZ Sopot workers had a number of options, including individual consultations, lists of employers seeking workers posted at the labor offices, and a labor exchange to be established by the Labor Ministry in end-February.

Mladenov stated that a total of 225 companies based in Karlovo and the Plovdiv District had declared 400 vacancies for laid-off workers of VMZ Sopot.

He noted that the companies were looking for staff for machine production units, chemists, drivers, mechanics, etc.

Asked about the payment which the laid-off workers would receive, Mladenov said that it would depend on the employer.

More than two weeks ago, the privatization procedure for the plant fell through, after the only bidder failed to submit a mandatory deposit alongside the bid.

The center-right GERB cabinet, led by Bulgarian PM Boyko Borisov, has claimed that only a significant layoff, to be followed by privatization, can salvage the plant.

According to recent reports, VMZ Sopot has run up debts of over BGN 180 M.

On Friday last week, around four million leva were transferred to VMZ Sopot to cover unpaid salaries of the workers.

Prime Minister Boyko Borisov assured that the employees of the military plant would receive the entire amount of their overdue pay.