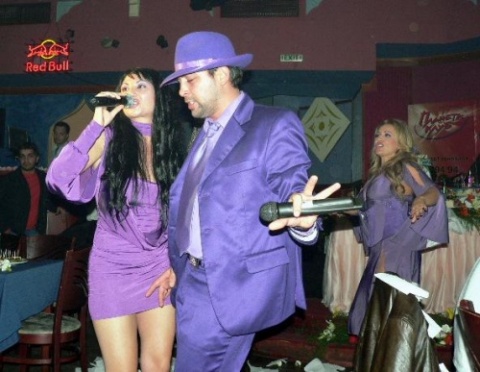 Sofi Marinova and Ustata are among the top Bulgarian chalga stars. Photo by night.travel

Bulgarian record producer Payner, which is known as the largest label for the so called popfolk or chalga music, has given up major funding under EU Operational Program Competitiveness.

The news has been confirmed for the Bulgarian Trud (Labor) daily by the Minister for the Management of EU Funds, Tomislav Donchev.

Donchev says the internal audit of the company's project should conclude by the end of the week, but he has already received a letter from Payner Media declaring the company was declining the subsidy.

The letter states that Payner Media will use own funding to buy technical equipment for modernizing its studios which were crucial for the operations of the business.

The company further explains relying on EU financing might delay the above purchase.

It emerged earlier the EC has ordered their own probe of the project.

Payner is largely controversial precisely because of the controversial nature of the so called chalga music – a notorious style that emerged in Bulgaria in the 1990s with oriental motifs focusing on money and sexual allusions, and is generally known to be enjoyed by "mutri", former wrestlers who took over organized crime in large numbers.

Popfolk or chalga is generally popular with the Bulgarian pubic in spite of devastating criticism from Bulgarian intellectuals and is deemed exotic by foreigners, especially westerners.

This is precisely why the fact that Payner got EU funding was deemed scandalous in Bulgaria.

In order to win the funding from Brussels for improving the "competitiveness" of its company, Payner's owner Mitko Dimitrov has stated that the goal of his project for which he was awarded EU money by the Bulgarian government was to "boost the firm's competitiveness on the local market by modernizing its equipment."

The chalga record label said it wanted to "sustainable economic growth and to preserve the leadership positions of the firm."

Payner, which is based in the southern town of Dimitrovgrad, also promised to use the money to boost its ratings, attract new viewers, and thus increase its advertising income, while also "creating new jobs and boosting the Bulgarian economy".

Payner's TV channel Planeta ("Planet") is a major popfolk music TV channel in Bulgaria and is also watched in neighboring Balkan countries such as Albania and Macedonia.